However, the US will remain engaged in hoping to get more favorable terms from the climate deal

There are various reports that the Trump administration will formally submit a notice to the UN that the US is going to withdraw from the Paris Climate Accord. The letter to the UN will be the first development after Trump’s announcement in June that he wants to withdraw and renegotiate the participation terms of the US in the deal. 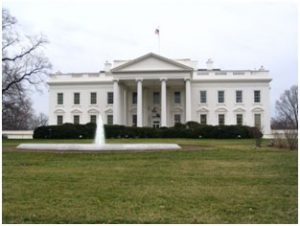 Sources from the State Department told E&E News that internal briefings had begun to inform employees in the department that the US was going to tell the UN that it will remain engaged in the provisions of the Paris accord till their official departure from the Arocess in 2020. They will also tell the UN that they are open to review the decision if conditions (still unspecified) are met by the UN. However, intentions of leaving the deal have been made very clear in the body of letter.

The Paris Climate Accord doesn’t permit signatories to submit any formal request to leave until three years after the deal was struck. Even after the completion of this time period, it requires a one-year-notice for complete withdrawal from the pact.

The total time for full withdrawal makes an interesting scenario in the US: the country can’t fully withdraw from the accord until one day after the next US elections will be held on 4 November, 2020. It means any formal or informal communication with the UN right now regarding the Paris Climate Accord will not hold any legal weight.

As reported by The New York Times, a letter from the White House to the UN states, “As the President indicated in his June 1 announcement and subsequently, he is open to re-engaging in the Paris Agreement if the US can identify terms that are more favorable to the United States, its businesses, its workers, its people, and its taxpayers.”

The letter also confirms that the State Department will continue to be part of climate talks going to take place in Bonn in the coming November. This continuation highlights the fact that the US wants to ensure the availability of all future options regarding the climate policy in order to protect its interests. 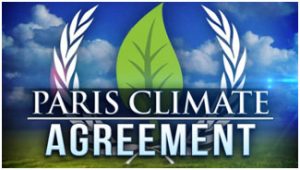 The CEO of World Resource Institute, Andrew Steer, is of the thought that the US intentions to remain involved in the process might be taken with positivity and openness from the UN.

Steer thinks that the US should have a constructive attitude in these engagements. Issues such as transparency should be put forward by the US to show its seriousness. Otherwise, pretending to be an outsider that is going to withdraw from the Paris Climate Accord will not help the US when it comes to voicing opinions.

Both the State Department and the United Nations Framework Convention on Climate Change (UNFCCC) are not available for comments on this ongoing development.