Same was also stated by Nicolas Hulot – Ecology Minister, at a presentation with regards to measures required for keeping up momentum on the Paris climate changeagreement. In extension to that, the president – Emmanuel Macron also want to emphasize on the implementation of the pact to combat climate change, even more now, since Donald Trump – the US president, has pulled out of the remarkable deal, agreed upon in Paris in the year 2015. 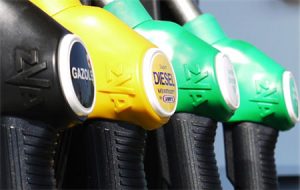 As stated by Nicolas Hulot;

“One of the symbolic acts of the plan is that France, which previously had made the promise to divide its greenhouse gas emissions by four by 2050, has decided to become carbon neutral by 2050 following the US decision. The carbon neutral objective will force us to make the necessary investments.”

Determined to speed up the measures, Hulot presented almost 23 policy proposals and an array of preventive measures and that too, under six different themes but almost all of them fell short of particular details with regards to the achievement of the objectives.

Putting an End to Fossil Fuels

In the first half of the year, gasoline and diesel vehicles represented almost 95.2% of French car fleets (new) whereas the market percentage held by electric vehicles was almost 1.2 percent and hybrid cars was 3.5 percent.

Mr.Hulot takes the removal of fossil fuels as one of the main objectives of France in order to eradicate carbon emissions, in terms of becoming more carbon neutral by the year 2050. Among the major policy proposals, the key plan is to stop hydrocarbon license delivery in France and the legislation of this is due around the end of this year. 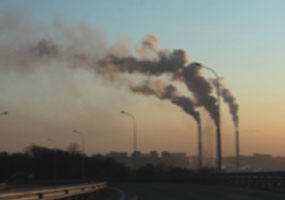 Greenpeace – an environmental campaign, on the other hand, also claims that although the analysis of the French government is carried out correctly but the presented proposal is still short of solid measures that would be needed to deal with the challenges faced from climate change.

“We are left wanting, on how these objectives will be achieved,” Cyrille Cormier – Greenpeace campaigner said in his statement.

He further added;
“The goal to end the sale of gasoline and diesel vehicles by 2040 sends out a strong signal, but we would really like to know what are the first steps achieve this, and how to make this ambition something other than a disappointment”

While Mr. Hulot seems quite confident about the proposal, they also cited the finest examples such as of Geely’s Volvo, that plans to transform electrically with some major new models by 2019 and 2030 respectively.