Australia Market Review for 2016 – Renewables up, Emissions Down

Australian market reviews for 2016 has been showing a lot of support for renewable energy sources and the companies that produce them. With Australia being the leader in preserving their values and moving forward to make the earth a better place, the market trend shows that the country is united to form a better future for Earth.

2016 showed promising stats for the renewable energy sector as renewable energy (excluding roof top solar) make up for 14.7% of the total generation which is substantially higher than the 12.2% in 2015. Outputs from Hydro energy saw an increase of 27.8% and outputs from wind powered electricity increased by 11.8%.

Solar contributions although considered small, are starting to register a growing contribution with five plants adding to the power generation in the NEM.

The brown coal generation decline allowed for more black coal fueled power generation, and with renewable sources covering up for the drop in gas powered generation, NEM emissions were reduced by 1.3%.

The new renewable projects that started production in 2016 provided approximately 60MW of total power. These include:

With the statistics showing a positive run for renewable energy in the previous year, 2017 looks positive as more and more renewable plant projects are being planned all over Australia. The shutting down of the Northern Power Station in South Australia showed that the mindset of people is changing and they are actually considering alternative fuel sources for electricity generation. With the most widely used being wind power, the hopes for larger solar farms and hydro powered power generating facilities are increasing.

Australia has taken a united and major step to show that they are ready to fight climate change. The rest of the world needs to follow in their footsteps and start developing renewable sources today so we can hope for a better tomorrow for ourselves and the future generations of the human race. 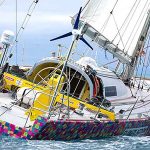 CRI is supporting Lisa Blair’s solo trip around the Antarctic 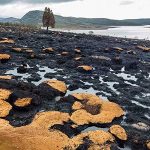