22nd September is still remembered and has gone down in history in terms of having extreme weather. It was the hottest day in September with the majority of the country recording new highs.

As per the published statement of the Bureau of Meteorology, the mean maximum temperature was 33.47°C on 22nd September, and that is almost six degrees warmer than the average of the month. 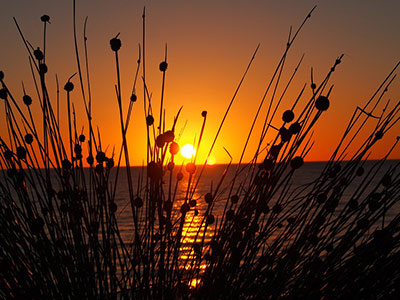 The Bureau called the heat as ‘exceptional heat’ as it literally broke the previously set record in September 1998, having temperatures of 33.39°C, being the warmest since the beginning of records in 1911.

This year and the last year too, Australia has been a victim of severe climatic conditions. On many occasions, the country and its different regions have endured extreme temperatures, breaking many previous records. The Bureau considers the heat faced in September as a significant change in climatic conditions and all of this takes us back to the same debate of taking strong measures against climate change and carbon emissions.

What the Bureau suggest as the most probable reason behind the exceptional heat endured by Australians this September is that much of the rising temperature was actually caused by the high-pressure system which is located at the Tasman Sea and New South Wales, and that kept a large portion of northern and eastern Australia absolutely cloud free.

The parched soil and low rainfall rapidly allowed the high sunny temperature to heat the overlying air and the land surface.

In September, many regions of Australia met with record-breaking temperature whereas some made it to the top ten warmest days’ list.

Queensland and New South Wales took the lead and experienced the hottest days of September –so far on record – the following week.

Whereas other regions such as Victoria and the Northern Territory along with South Australia, have days in the list of the top ten warmest for September.

As per the statement of the Bureau “More than 20 percent of Australia by area recorded its hottest September day on record during 22-29 September”.

As a whole, New South Wales suffered from its hottest day in September so far on record on 23rd September. The mean maximum temperature recorded on that day was 35.18°C, almost 1.5°C greater than the previous mark and in terms of long-term average, nearly 15°C warmer.

The Bureau also noticed some other climatic conditions according to which, since the year 1910, the spring season has warmed up around one degree all across Australia, which is consistent with what has been seen around the globe.

The Bureau said that “Studies undertaken by the Bureau and other scientific institutions have shown that climate change has contributed to the severity and frequency of recent heat events, including spring warmth,”

The effects of climate change are inevitable and the last option left to the nations worldwide is to seek well strategic measures to cut down the impact of climate change, and to stay prepared for meeting more challenges down the line.

NOAA weather watch 2017: Another scorching summer Down Under 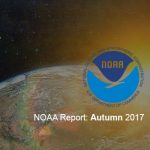