The Chinese invitation to issue a formal joint statement with regards to climate change was rejected by the Turnbull government earlier this year. Meanwhile, Greenpeace claimed that Australia vetoed the extraordinary step in the emerging international role of Asian power, in curbing the greenhouse gas emissions. 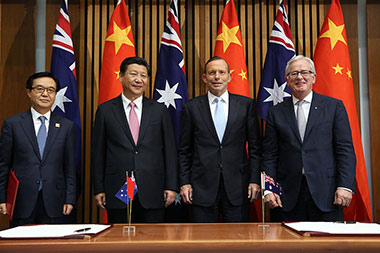 However, the claim was strongly denied by the Australian government and they stated that the energy departments of both countries were actually working for a ‘joint action plan’ with regards to climate change and that too, as one of their responsible commitments of Paris Agreement.

According to Li Shuo, the senior advisor of climate change at Greenpeace East Asia, the government silently knocked back the offer during the state visit of Premier Li Keqiang to Australia in last March.

Mr. Li claimed that the offer suggested; China is now ‘diplomatically proactive’ unlike previously, where the country was at the receiving end of offers from the United States and the European Union to outline mutual climate change commitments.

The Uncertainty after the Election of Donald Trump

Mr.Li observed that the offer would have been a strong political signal throughout the international community. And that too, in the middle of uncertainty which was triggered by President Donald Trump’s election, which has actually wound back the leadership of America on climate change, and initiated the withdrawing process of the United States from the Paris Climate Change Agreement.

Mr. Li said “The Chinese delegation with Li Keqiang came with the proposal but that didn’t get the green light from the Australian side. It was clearly the intention from the Chinese side to build up international climate momentum. I think the proposed bilateral statement was part of that effort to send a signal back to the rest of the world and primarily the US.”

The spokesperson further added, that both the states also “discussed ways to strengthen bilateral co-operation and action on climate change”.

“This included opportunities to support the implementation of the Paris agreement through a joint action plan between China’s National Development and Reform Commission and the Australian Department of the Environment and Energy. These discussions are ongoing,” added the spokesperson.

Nonetheless, seizing the American withdrawal opportunity, Mr. Li’s regime aims at more a prominent international role in terms of climate change. And for this, the state is stepping up and cooperating with the other nations along with pursuing some domestic measures. These efforts include cancelling numerous projects of coal-power, national emissions trading schemes and rapid development renewable power.

As the debate continues, the fact that Australia has great potential to contribute to climate change is undeniable. Australia has been a great supporter of the Paris Accord, and it takes the challenge of climate change as one of the many issues which do not respect national borders. 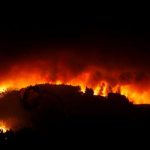 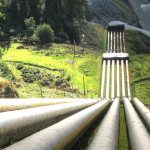