Many of Australia’s most iconic tourist attractions could be wiped off the map due to a barrage of catastrophic climate change issues, warns a grim new report from the Climate Council.

“Tourists travel across the globe to see Australia’s remarkable natural wonders. But these icons are in the climate firing line as extreme weather events worsen and sea levels continue to rise,” says Climate Councillor and ecologist Professor Lesley Hughes.

“Some of our country’s most popular natural destinations, including our beaches could become ‘no-go zones’ during peak holiday periods and seasons, with the potential for extreme temperatures to reach up to 50 degrees in Sydney and Melbourne.”

The Gold Coast is also under threat from a whole host of climate change pressures, adds Prof Hughes.

Coastal erosion was already a huge issue on the ‘Glitter Strip’ with millions spent on replenishing sand — but it could become a losing battle.

“Places like Surfers Paradise can’t move inland because of development so there’s a risk of inundation and storm surges,” Prof Hughes says.

And then there’s the deadly jellyfish tempted south because of the slowly warming waters.

“Jellyfish, like the deadly Irukandji, are already in Hervey Bay and Fraser Island, not in large numbers but it shows what could happen.”

Prof Hughes says she isn’t trying to discredit the future of the tourism industry, just point out the dangers climate change will pose if changes aren’t made.

“Tourism employs half a million people, which is many times more than coal mining, so we need to be realistic about the risk the industry faces.”

Ultimately only bringing down global emissions to under 2C, the target set by the Paris Climate Agreement, would lessen the pressure on Australia’s natural attractions, says Prof Hughes

But she criticised the government for sidestepping the issue in its latest tourism strategy.

“What disappoints me most in Government planning is that the Tourism 2020 Plan focuses purely on growth and so paints a very optimistic picture rather than a realistic one.”

Other key report findings include:

The report, however, isn’t all doom and gloom for Australian tourism.

It also highlights moves by individual operators including hotels, resorts, airlines and even zoos which are taking action to tackle rising pollution.

“States and territories, local governments and individual tourism operators should be congratulated for rolling up their sleeves and doing their bit to slash pollution by embracing renewable energy and storage technology,” adds Climate Council Acting CEO and Head of Research, Dr Martin Rice.

“Now, for the sake of our iconic attractions, we just need the Federal Government to do the same.” 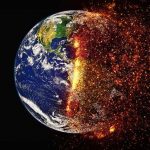 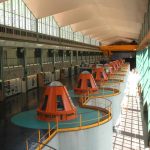