Convincing someone on any subject is a difficult job. Every person believes that they are right, which is why the world has so many opinions and opinions within opinions. Climate change is a subject that has been largely debated since the 1990s, although Swedish chemist Svante Arrhenius talked about this almost a century ago.

The issue materialised itself as a global concern in the 90s when people started taking notice of the global changes that human activity was making. The believers in climate change were lesser in numbers before but as people started to study the subject for themselves, a lot more have started to address the problem and find alternate ways to facilitate the cleaning of the earth.

Today’s struggle for the people who know climate change is true is convincing the others. There are certain steps that one should take when addressing someone who does not believe in climate change. The objective here is to educate and not impose.

If you believe in something and another person tries to impose their belief on you, you will be offended and will automatically despise the subject under discussion. Here is how to go about it the right way:

If you start a conversation with a divergent viewpoint, it will keep on diverging until one of the people discussing the matter gets offended and leaves. The key is to start with some common ground and lead that up to civil and common discussion.

Being humble and actually listening to someone else’s point of view helps both, in establishing trust and driving the discussion forward. You can always find a common ground to connect on, with topics such as women’s rights, poverty issues, and economic issues.

Do not steer away

Germany’s national feed-in-tariff program has decided to increase renewable energy usage and has given most of the renewable facilities in the hands of farmers and local workers who are running them well and have allowed the country to save up a lot in power.

Be a good example

A person talking about climate change, but throwing their trash on the sidewalk, will not be a believable person. Act on what you believe and people will understand the benefits of being careful with climate change problems.
Keep your house clean and have a recyclable items bin near your place so that people understand that you take what you talk about seriously. It might just rub off on them. 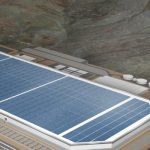 Tesla's Nevada 'Gigafactory', to Be Powered 100% by Solar Energy 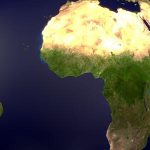