At the regional energy summit held in Samoa, the World Bank has announced that it is finalizing the potential for its online solar atlas. This mapping tool can help governments and utilities in the Pacific to identify and locate geographical sites where the solar power potential is more abundant. 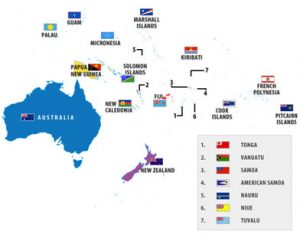 Riccardo Puliti, the head of the bank’s energy and extractives arm, has been witnessing an increased interest in solar power of his clients. He contributes this development to the remarkable drop in solar prices during last few years.

He is hoping their solar atlas can help in driving and devising crucial planning and investment decisions related to the shift from conventional to alternative forms of energy.

Many of the low-lying Pacific islands have been threatened by the early calamities of climate change. The Marshall Islands is an island country comprising 1,156 islands and islets in the northern Pacific Ocean, with a population of around 68,000, spread over low-lying coral atolls. This small Oceana country is already experiencing unfavorable effects of change in climate. Since the average height of the islands is only six feet above the sea, rising sea levels have caused flooding in the area. The government authorities have warned that if recent trends of climate change continue, they will force 2 million people from the Pacific region to become refugees.

According to a report from the Asian Development Bank, if necessary measures are not taken, the situation might spiral out of control, and lead to a loss of about $52 billion per annum for regional economies of the Pacific.

Due to the US’ decision to distance itself from the Paris Climate Agreement, the way for other economic powers to get behind the momentum building around renewable energy sources has been paved. The analysis from consultant group suggests that countries from Asia Pacific will take the lead to steer environmental decisions and plans in the backdrop of recent shifts of global policies.

The island of Ta‘ū in Samoa, an independent state in the Pacific, has gone 100% solar with the help of 1.4 megawatt micro grid. The micro grid in Ta‘ū is spread over 2.8 hectors on the northern coast of islands with more than 5000 solar panels. 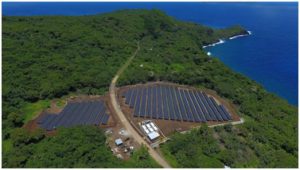 The storage battery incorporated with the grid can power the island without any sunlight for up to three days. The system is also designed to handle extreme humidity levels of the island. The grid can also survive tropical storms, it can endure category 5 hurricane winds.

The island is on the frontline of climate change but has now come out of the fossil fuel dependency. This progress has undeniable environmental benefits for the region. 400 kiloliters of diesel is not going to burn to pollute the environment every year to produce electricity. Also the island is no longer in need of shipping diesel – fuel that poses high environmental risks. 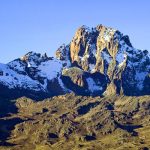 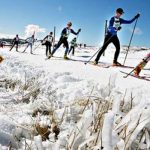