According to a recent study, 2 out of 3 people living in Europe will be affected by weather disasters

A research study published in The Lancet Planetary Health has warned that if global warming persists at the current rate, then deaths in Europe due to weather extremities can increase exponentially by the end of this century. The recently estimated death rate of 3000 can climb up fifty-fold by 2100. 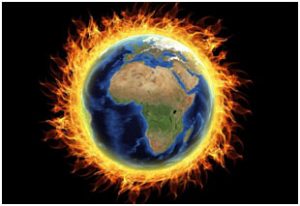 Almost 99% of the weather-related deaths in the future will be caused by heat waves. Researchers have used a 30-year stretch ‘reference period’ from 1981 to 2010 for weather and climate-related events in 31 European countries. They used all this data for comparison with future projections of population increase, migration, as well as with forecasts of heat waves, cold spells, wildfires, floods, droughts and windstorms.

The projected figure converts to about 351 million people affected every year by weather-related disasters as compared to 25 million people per year in the reference period. According to the authors of the research, being affected by the weather implies things such as diseases, injuries, and deaths, losing home to an extreme weather event or ‘post-event’ stress.

According to the research, deaths from heatwaves are estimated to increase by 5400%, deaths due to coastal flood by 3780%, wildfires by 138%, wind storms by 20%, and river floods by 54%. However, deaths from cold spells will be cut by 98%, but they will not be able to compensate for the increased death rates caused by other weather-related disasters. These projections are calculated by considering that the earth will be 3 degree Celsius hotter by 2100 due to greenhouse gas emissions. 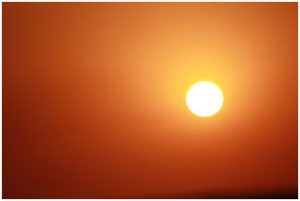 There is no doubt that weather extremities will bring adverse effects all around the world, however, the projected data of this research might be an overstatement. Jae Young Lee and Ho Kim of the Seoul National University are of the opinion that these projections are overstating the scenario. Human adaptability has become more robust in recent times. With better air conditioning, thermal insulation technologies and medical innovations, people have become less vulnerable to extreme weather conditions.

The research also doesn’t account for the implications of Paris Climate Accord in it. Paris Agreement, with 195 signatory countries, is seeking to limit global warming under 2 degree Celsius.

A study in the Science Advances journal indicates that South Asia, that has one-fifth of the global population, can experience unbearable rise in humid heat by the end of this century.

Another research study tells us that the rising carbon dioxide levels will reduce the content of proteins in largely consumed crops like rice and wheat in a few decades.

Regardless of the percentage of their accuracy, all scientific research works are pointing towards the bleak world future if global warming, due to greenhouse emissions, continues to increase. 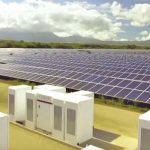 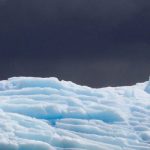