Google takes the lead and looks at the bigger picture when it comes to storing renewable energy. It has two major plans to avail renewable energy that is expected to be utilized for major projects later on. 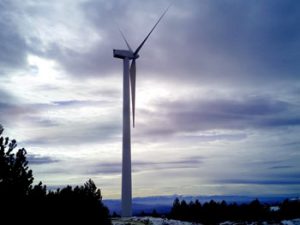 Eneco, based in Rotterdam, said that Google aims at purchasing all the electricity from SunportDelfzijl which has been the largest Netherland Solar Park for the past 10 years. As per Eneco, this agreement is the fourth investment by Google in terms of Netherland’s renewable energy and Eneco’s second agreement.

“After the agreement with Eneco for the delivery of wind energy from WindPark Delfzijl and the agreements with the wind parks Krammer and Bouwdokken, we are pleased that we can now also make use of solar energy. “ Worldwide, we have already contracted the delivery of 2.7 GW of green electricity, which makes Google the world’s largest corporate purchaser of renewable energy. Contracts like this give companies like Eneco the economic certainty to invest in new renewable energy capacity.”
Says Google EU Energy Lead – Marc Oman.

Google aims at offsetting Google’s data centre consumption with the solar park power that contains almost 123,000 solar panels and will be delivering around 27GWh electricity. For the record, Sunport Delfzijl has been operating since this year’s beginning and was built and developed by Wirsol – a German Energy Company.

Involving antifreeze and vats of salt, Google plans to store the renewable energy that would otherwise get wasted. The plan is not only cost efficient but also has the potential to last longer than other ion batteries or existing methods of clean energy storage. 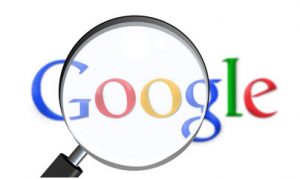 Alphabet – Google’s parent – is now working on this renewable energy project with the code name “Malta”. As per the report of a news agency; the renewable energy market could observe almost $40 billion by 2024 in terms of investment.

The plan is being developed by Research X of parent Alphabet. The lab already owns the efforts behind Project Loon (bringing internet connectivity in remote areas using weather balloon) and self-driven cars.

As per Bloomberg’s report;
The system that aims at storing renewable energy, or scaling the demands of energy, absorbs energy as electricity and eventually turns them into the stream of cold and hot air.

The cold air is responsible for cooling down the antifreeze and the hot air helps in heating up the salt. Since salt can maintain its temperature well enough, the system is best to store energy for longer periods – for hours or maybe days.

For energy recovery, the process is reversed, which powers the wind turbine. The installation of the system is still unclear. However, if it is successful, the system can be located anywhere to save millions of energy megawatts that are being lost or wasted each year and all over the world.

All in all, Google is thinking forward when it comes to availing more renewable energy and leading the way in setting an example for the upcoming commercial sector where there is a growing need for sustainable energy. 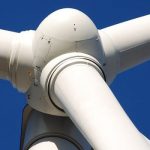