Mother Nature isn’t the only one hurting from the environmental devastation caused by global warming, warns an array of leading health experts and charity officials.

In every corner of the world, climate change is increasingly encroaching on our physical and mental well-being – often with deadly results.

Oxfam says much of East Africa is already suffering in catastrophic proportions from the fossil fuel emissions that have helped make the developed world rich, reports The Independent.

“Nearly 11 million people in Kenya, Ethiopia and Somalia are dangerously hungry and in need of humanitarian assistance,” the charity said in a March briefing.

“Climate change is not a distant, future threat: it is helping fuel this emerging catastrophe in which poverty, chronic malnutrition, weak governance, conflict, drought and climate change have combined to create a perfect storm.”

The charity said the worst drought in living memory demonstrated why the world must act now to reduce global warming.

In other parts of the world, more than a billion people will be at risk from flooding caused by climate change in just a few decades’ time, warns Christian Aid.

The international charity says that “huge numbers” of people in coastal cities would be exposed to rising seas, flooding, extreme weather and storm surges by 2060, with South Asia predicted to suffer most.

In late July 2016, the site reports, an outbreak of anthrax ripped through reindeer herds in Siberia, killing more than 2,000. A handful of people also fell ill. The culprit, according to local officials? A  reindeer carcass from 75 years ago, which had remained locked in permafrost until bizarrely warm summer temperatures thawed the frozen soil and the corpse inside.

Global warming also makes life worse for asthma sufferers and triggers the development of asthma in people who might otherwise not get it, says the Centre for Climate Change and Health.

“Plants are starting their pollination season earlier, and it lasts longer,” said Alan Goldsobel, an allergist with the Allergy and Asthma Associates of Northern California.

In the western world, heatwaves are increasingly becoming the silent killer, with the ageing population now more vulnerable than ever, says a detailed 2014 study by The Royal Society.

In 2003, a 20-day heatwave killed 52,000 people across Europe – many of them isolated seniors. Without action on climate change, once-rare heatwaves will happen every other year by 2100, reports the UK’s science academy.

Susan Clayton, professor of psychology at Wooster University in the UK, says natural disasters have a significant impact on the state of mind of millions around the world.

One of the major health effects of flooding seems to be the mental health aspects, James Rubin, a psychologist at Kings College London also tells CNN.com.

Among direct flood victims his team polled, 20% had been diagnosed with depression, 28.3% with anxiety and 36% with post-traumatic stress disorder. Among those disrupted (meaning their area was flooded but not their home), the team found almost 10% to have depression and 15% with PTSD. Those unaffected showed just 6% depression and 8% PTSD.

Rubin now wants mental health to be made a priority when helping victims of any natural disasters.

Another study shows that worry is also an increasingly prevalent side-effect of climate change, but don’t look to your insurer to offset the anxiety.

A 2014 report prepared by independent analysts Climate Risk concluded that an average home premium could rise by as much as 92% over the life of a standard 30-year mortgage.

The full effect on our health insurance policies is yet to be felt, but the insurance head at the Australian Prudential Regulation Authority, Geoff Summerhayes, said climate change impacts had already “moved from being a ­hypothetical risk to a real risk with impact”.

“While climate risks have been broadly recognised, they have often been seen as a future problem or a non-financial problem. The key point I want to make today, and that APRA wants to be explicit about, is that this is no longer the case,” Mr Summerhayes told the insurance industry in Sydney in January 2017. 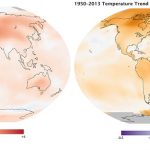 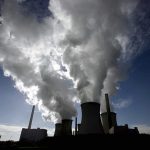