Climate Change is a Big Deal at the World Economic Forum: Can Trump be the Reason?

The World Economic Forum has officially kicked off in Davos, Switzerland. The meeting attracts some of the biggest political leaders, the most influential entrepreneurs, and the most eminent business personalities from all over the world. This year’s event will witness the likes of China’s President Xi Jinping, the US Foreign Secretary John Kerry, and the founder of Microsoft Bill Gates.

It’s going to be big.

Impressive though the list of speakers and participants at the forum may be, one particular absence is equally noticeable, if not more so. The American President-elect Donald Trump will not be attending the event. He’s the man, who will, in a few days, occupy the most influential office in the world. And, without him, Davos would be like Hamlet without the Prince.

There are two reasons why global warming and green energy are being discussed more than other political or economic issues like terrorism, trade, and migration.

First, global warming is not just an environmental issue anymore. It’s an economic issue as well. The clean energy industry has, over the years, crossed the billion-dollar mark and become a trillion-dollar business. As the world shifts its focus from oil and gas, alternative energy giants are stepping up their game. But the economic impact of global warming is even larger than that. It involves insurance companies that are increasingly factoring environmental changes into their cost analyses. It includes automobile manufacturers that are striving to take over the nascent electric car market. It also revolves around banks who are lending to all sectors influencing or being influenced by the global drive towards clean energy.

The second explanation for the increased interest in global warming is that the world seems to be gearing up for Trump. His fiery political rhetoric during the campaign suggested he is keen to reverse the progress America has made on climate change, mainly by pulling out of the Paris Agreement. And, it seems, he is keen to do exactly that once he’s in office. This is partly reflected by the nomination of Rick Perry as his pick for Energy Secretary. Perry, a staunch traditional Republican has been on record as saying he doesn’t just want to weaken the government’s environmental agency. He actively wants to abolish it.

And that’s a scary thought. 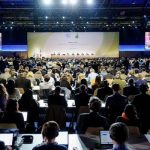 The Paris Agreement: Is Australia’s Commitment More Than Hot Air? 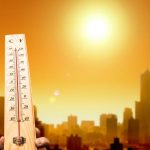