Dark storm clouds were rolling into Canberra from the halls of power in Adelaide for the final Council of Australian Governments (COAG) meeting for 2016. They weren’t the kind that plunged much of South Australia into darkness on September 28, but they were shaping to be just as volatile in a political sense.

Defiant South Australian premier Jay Weatherill says Prime Minister Malcolm Turnbull has thrown his state under the bus by blaming the blackout on issues with the state’s renewable wind-turbine system, rather than a freakish once-in-a-lifetime weather system that tore towers from the ground and brought down high transmission lines.

“Malcolm Turnbull, our PM, took the first opportunity to lecture South Australians about the dangers of renewable energy, and for the Labor states in promoting unrealistic renewable energy targets,” Mr Weatherill told reporters at the time

“Now this was information that was made … in contradiction of the oral advice that we were receiving from the Australian Energy Market Operator. The PM was fearful that he would be blamed for a national electricity market that caused a blackout.

“The PM was fearful that he would be blamed by the right-wing of his party for pushing into renewable energy when he knows that he leads a party which is dominated by coal interests.

“It’s deeply disappointing that we do not have the national leadership which is necessary to deal with this and other issues.”

The Prime Minister added further fuel to what was expected to be a heated COAG agenda on December 9 when he appeared to do a U-turn on considering an emissions trading scheme (ETS).

Mr Weatherill now says he’s left with no choice but to float the idea of a state and territory system, without federal backing.

“States would simply join together and exercise their own carbon emissions intensity scheme,” he told the ABC’s AM program ahead of the COAG summit.

“We have had advice that this is certainly possible.”

Mr Weatherill also told the media he’d prefer a national bipartisan scheme that would provide long-term certainty for investors but believes Federal Government is “very firmly bought and sold by the coal club”.

Over the past decade, South Australia has dramatically changed its energy mix.

Its coal-fired plants have all been moth-balled and wind now supplies 40 percent of its power.

Mr Weatherill has built on previous climate change Labor leadership in SA. As Minister for the Environment from 2008-2010, he benefited from the state’s Climate Change Council, which was set up in 2007 to provide independent advice to the minister responsible for climate change.

Although not without his critics, he’s now arguably the most forward-thinking and progressive climate change politician in Australia.

At the end of 2015,  he released South Australia’s Climate Change Strategy 2015-2050, a landmark roadmap for reducing emissions – and maximising business opportunities – that he hopes will culminate with Adelaide becoming the first city in the world to be carbon neutral.

Just a few weeks later, with a two-person camera crew in tow, Mr Weatherill even fronted at December’s COP21 conference in Paris to spruik his commitment to carbon neutrality.

Although dubbed ‘Jet-Setting Jay’ and criticised for wasting tax-payers’ money – more recently he was in Finland investigating the logistics of SA duplicating that country’s nuclear waste dump – Mr Weatherill is adamant that the investment was a drop in the ocean when weighed against the future benefits.

Unless dramatic emission reduction measures are taken soon, the outlook for SA is a hotter, drier climate – with more frequent and longer heatwaves, drought and increased bushfire risk.

One of the worst impacted areas of the state in the short-term is the Murray-Darling Basin where food production is estimated to drop by 49-72% by 2050, according to Mr Weatherill’s Climate Change Strategy report.

After Federal Minister for Agriculture and Water Resources Barnaby Joyce said he would cut the state’s water allocation, Mr Weatherill has now issued a stern ultimatum to the PM – recommit to the basin plan, or he’ll reinstate the Fight for the Murray campaign.

The Fight for the Murray campaign commenced in 2012 and was successful in ensuring 3200GL of water would be returned to the River Murray – the baseline volume of water needed to keep the system alive as determined by detailed Commonwealth Scientific and Industrial Research Organisation science.

This water is needed to keep the Murray mouth open, reduce salinity in the Coorong and Lower Lakes, increase flows to the Coorong and allow for an increase in floodplain watering across NSW, Victoria, and South Australia.

“The Prime Minister needs to pull his Deputy into line and ensure he does not dud us on the Murray-Darling Basin Agreement,” demands Mr Weatherill.

“We were given reassurance before the Federal Election that the Agreement would be delivered in full.

“Close enough is not good enough – the crucial last 450GL must be delivered, as promised – the Federal Government cannot just cut and run on one of the nation’s most important agreements.

“The future of the Murray-Darling Basin is crucial for all Australians.” 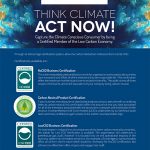 Tips To Reduce Your Carbon Footprint Over Christmas 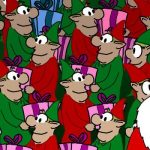