During the 2010 summers, Russia struggled through a severe drought. The series of wildfires and heat waves that destroyed almost one-third of the wheat harvest of the country.

This food crisis in Russia affected the two major regions and importers of the wheat, North Africa, and Middle East. Both of these regions are among those which are better being called food-insecure. They heavily rely on the imports of grain right from the Black Sea, majorly Russia, being the largest exporter of wheat in the world.

However, Russian government immediately banned the exports of grain, in the middle of the crisis, to save its own supply of food.

This caused the countries of the Middle East and North Africa to face skyrocket bread prices. And as some other factors also gave rise to the political unrest in these countries, the increasing food cost aggravated the discontent and further prompted many attempts, to put an end, to illiberal regimes – some suppressed violently and others successful.

Climate change and its drastic consequences are being faced worldwide. While we cannot connect a particular event of weather with the climate change, some models suggest that the climate shift is increasing the possibility of such events, even more.

For instance, the United States could face another round of episodes like the one previously observed in the year 2012. The consequences of Isaac hurricane not only barge traffic on various parts associated with Mississippi river but also closed ports.

Similarly, another heavy-hitter – Brazil— accounts for almost 17% of global maize, wheat, soybean and rice exports. But due to extreme rainfall, it’s road networks have started crumbling.

Imagine facing the crumbling of main transport route, along with the Russian drought and US flood. The world would end up facing a global shortage of food, political instability and riots, starvation in regions that are the main importers and severe recession at other places.

The underinvestment in worldwide infrastructure

To worsen the matter, the chronic reduction of investment in terms of infrastructure has also destabilized the critical networks. The rising trade flow and extreme weather put them at failing risk. As the McKinsey Global Institute presented deficit in terms of world’s infrastructure investment, the expected gap between the funds needed and funds available, stands at 250 billion US dollars/year by 2040.

But even if we consider the countries with infrastructure investment, they often fail to factor the risks attached to climate change. As per the survey conducted by the Organization for Development and Economic Cooperation in the year 2016 – the climate change is overlooked in the majority of these countries – even in the rich ones – except for a few exceptions.

What needs to be done?

Countries need to take adequate measures to diversify the production and to avoid relying on a handful of crops or major exporters. Funding should facilitate alternate sources and build various routes worldwide along with the infrastructure that is climate-resilient.

Nonetheless, all of these long-terms plans must be taken up immediately before we get hit by another consequence of climate change and ultimately global food crisis. 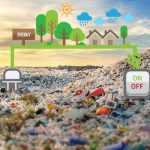 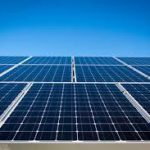