A shout to all you nervous fliers, frequent fliers, and everyone travelling through the skies: your flight is about to get a lot bumpier due to the change in climate.

Paul Williams, an atmospheric scientist of University of Reading in UK recently conducted a study that suggests an increased concentration of carbon dioxide in the atmosphere that can alter the jet stream, which might lead to heavy air turbulence, when flying over the North Atlantic.

Clear-air turbulence is a result of change in the wind speed that leads to a bumpy ride. There are many factors of air turbulence but previous studies show that air turbulence from the jet stream has triple the clean-air turbulence. Commercial airlines take great advantage of this jet stream when moving from west to east. This saves time fuel and time in reaching their destination.

Research has finally begun to find out what causes the change in the atmospheric currents. One reason behind this change can be the wind shear increasing at an altitude of 12,000 m (40,000 ft). William’s work shows a scenario where the concentration of carbon dioxide is twice of what is found in pre-industrial concentrations.

After examining 21 different characteristics of wind, he found out that air-turbulence level only increases when there’s a change in climate.

William’s study predicts a 149% increase in the turbulence. It is still rare for a flight to experience server turbulence. A turbulence of 0.1% is usually found at a typical altitude. Even though this is small, a plane’s size and the number of planes present in the sky can lead to at least one of them encountering this turbulence by accident. An increase in this percentage this year, which is projected in the study, the figure would likely be at 0.3%.

What Does This Say about the Future of Aviation industry?

William points out in his study that this increase in clear-air turbulence will not lead to a higher level discomfort or flight injuries. In future, with forecasts of clean-air turbulence, pilots will be able to navigate better through rough patches. There are some aircrafts that already have the technology to detect air turbulence. These automatic responses prevent the vertical motion of the plane. There’s also a possibility that this technology will improve.

This climate change is only for a specific season and William suggests that further research should be carried out on other seasons, geographic regions, flight levels and model sensitivity and resolution.

According to William, airlines have a turbulence data treasure that can help scientist forecast algorithms and test their theories. However, obtaining this data is not that easy. He believes that if flights shared this data with a scientist like him, he can make flying comfortable, safe and pleasant. Transport Canada has already taken notice of the report but no data has been released to William so far. 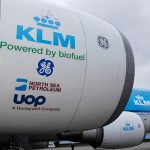