The latest NASA study revealed a new climate-change phenomenon that would help scientists predict future sea levels. When ice glaciers melt, they cause ‘fingerprints’, demonstrating that sea levels vary around the world due to massive changes in water storage on ice caps and continents. 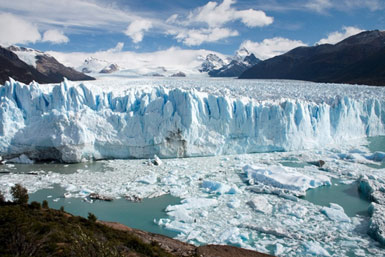 Scientists are now convinced that they can predict the levels at which sea levels would rise from the melting glaciers. The findings showed that melting ice caps can significantly alter the gravity field – that is, the proportion of water that accumulates around the glaciers, away from ocean waters. When an ice cap melts, the heavy load of the glacier is lifted off the Earth.

The loss of ice mass from glaciers results in the ocean water moving further away from ice caps. The sea levels rise from the resulting melting glaciers. This change was recorded to be highest at 52% in Florida and California more than any other places. Furthermore, the most prone areas include those between Greenland and Antarctica, from where ice glaciers either break down into icebergs or ‘meltwater.’

Some countries would be affected more than others; the hardest hit were those close to the middle and lower latitudes. The data generated from GRACE satellite estimated 1.8 millimetres’ rise in sea level per year, with only 30% coming from the mountain glaciers.

Harvard graduates Carling Hay and Eric Morrow stated that the statistical method – Kalmon Smoother – could be used to determine where the glaciers are melting. A fuel for the fire, skeptics of climate change claim that global warming is still a myth since some countries are recording rising sea levels while others are reporting the contrary.
However, this variability in sea levels is further proof that some countries are more hard-hit than others, allowing scientists to ascertain the resulting changes.

A single glacier can cause as much as millions of gallons of water to flow out into the ocean; thus, increasing the proportion of meltwater to ocean water. This progression results in changes in the salt content, water expansion, ocean circulation and temperatures, which build up over time.

The researchers are now working on expanding their findings from historical data, dating back to 1807. This would show the aggregate estimate about how much the sea levels have risen along with the rate at which the ice glaciers have been collapsing.

Researchers would be able to gather data from tide gauges and variations coming from Greenland and Antarctica.
However, the data is still insufficient to show the current rates at which ice caps are melting and sea levels are rising. Moreover, certain geographical locations may generate less data than other locations.

It still remains to be seen how much the sea levels rose and the rate at which ice sheets melted in the preceding century.

Harvard Professor Jerry Mitrivoca has stated that people residing on or near coastal areas, such as Maryland, need to be particularly aware of the price and dangers of unprecedented increases in sea levels and disintegration of ice glaciers. 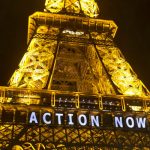 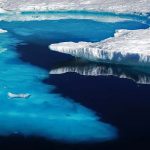