A crack has developed in the Larsen C ice shelf of Antarctica which is roughly 40% of the size of the whole Sydney metropolitan area. The crack expands to the length of 80km with just 20km left before it snaps a large portion of the ice away from the mainland.

The crack is said to take away an area of about 5000 sq kilometres. The break is said to have a major impact on the topography of the Larsen C ice shelf and will change the landscape of the Antarctic Peninsula.

The breaking off of these ice shelves is a wakeup call to the global community. The rift was discovered by NASA’s ice bridge mission last November. Ice shelves are gigantic pieces of ice floating at the base of glaciers. With the breaking away of a massive part of the shelf, the melting of glaciers will speed up in turn increasing the sea level and adding to the global warming being caused by the heat absorption of large water bodies on earth.

There have been several ice shelves that have cracked up in Antarctica including Larsen b which has disintegrated since then. The melting of ice caps and the rising of the Earth’s temperature has not been able to convince everyone that climate change does exist and is dangerous.

President Donald Trump is one of the non believers and wants to support the reopening of carbon emitting industries on a large scale to produce more goods from which the U.S. can benefit. There have been other countries who have already started making efforts in controlling this growing problem by significantly reducing the carbon footprint of citizens and implementing a carbon tax which can be invested in funding renewable energy sources for the countries.

Influential people such as Leonardo DiCaprio and leaders like Justin Trudeau have been making constant efforts to increase the awareness for climate change. Look at the evidence and make your decision to save the earth. 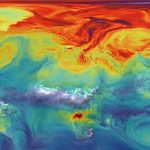 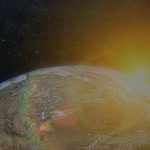