In Search of Ways to Fight Climate Change? Look No Further than the ACT Renewable Energy Sector

One of the biggest reasons many climate change “sceptics” cite in order to deny climate change reform is that the shift to the renewable energy sector will result in increasing unemployment as the workers in the oil and gas sector will end up losing their jobs. At first glance, it really makes sense. Alternative energy is, indeed, designed to replace the traditional sources of energy. This means that workers in the oil and gas industry will, indeed, end up losing their jobs.

Does this mean we should stick to alternative energy?

The problem is that many of the arguments presented by climate change deniers and alternative energy business owners only hold up to that surface level analysis we performed above. They are simple to the point of being simplistic. They belong to an alternative reality where the facts don’t exist.

And the facts clearly state they are wrong.

Those who believe that climate change reform leads to global warming should consider the example of the ACT renewable energy sector.

In the last six years, job growth in this sector was around 12 times faster than the national average. These are the hard facts, facts that have been backed by the official reports into the government’s efforts on climate change.

And this goes against everything the climate change sceptics believe in. Climate change reform isn’t leading to growing unemployment. It’s leading to a stunning growth in jobs, a growth that is much, much faster than the national average, even in these troubled economic times.

But, on the other hand, the renewable energy sector is creating far more jobs for the unemployed. A simple cost-benefit analysis is enough to show you that the progress on climate change is not only sustainable for the planet, it is practical for the economy as well.

According to the Report relating to Climate Change and Greenhouse Gas Reduction provided by the Minister, the government’s efforts to combat climate change and global working are clearly working on a practical level when it comes to creating jobs.

The report evaluated the $12 million government investment that went into the renewable energy sector and says that the job growth in the ACT renewable sector was 6 times higher than in any other state territory in the country. It’s clear that the government strategy in the ACT is yielding results.

What the past century has taught us, above everything else, is that economic development is only desirable when it’s sustainable. Plundering the planet’s resources will do us no good if we’re destroying the environment at the same time. This is why, when we look at the ACT’s progress on renewable energy, we ask whether it is sustainable.
And the answer is, resoundingly, yes.

The government’s actions not only led to an increase in jobs. It also led to a 17 percent decrease in emissions from government operations since 2012-13. On this rate, it’s on track to meeting the 100 percent renewable electricity target by the year 2020. And, by the year 2050, it will be the first zero emission jurisdiction in Australia. 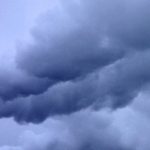 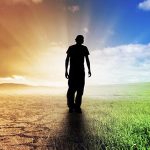