Climate change is a fact and NASA has released pictures that show significant proof. NASA recently took photographs of Greenland’s glaciers with their new survey instrument called the Glacier and Ice Surface Topography Interferometre (GLISTIN-A). This was done as part of the Oceans Melting Greenland (OMG) mission which has been releasing data on the changes in height of the Greenland coastal glaciers since March 2016.

The mission has helped collect a lot of data for scientists studying environmental change and the people who hold interest in these findings. According to NASA, their new findings are complete and the final height of the glaciers which would be within 3 feet or less will be available for the public on February 1st 2017.

Glaciers have a nature of speeding up their melting process as they start to lose mass. The speeding up has to do with the specific heat capacity of the glaciers decreasing as they lose mass. The scientists working on the project aim to find the pattern of changes occurring in the heights of the glaciers. This way they will be able to predict the time required and the changes that will occur in colder parts of the world as the earth heats up further.

GLISTIN-A is very effective in mapping surface topography of a specific geographical location with accuracy and high resolution. The instrument is mounted on the aircraft which is why it allows for a much better study of Greenland’s coastal glaciers as compared to ground level and satellite study combined.

NASA is making their efforts in documenting the climate changes occurring on the Earth but President Donald Trump still seems to believe that it is a hoax. With such compelling evidence, it seems like the world needs to really start thinking about their individual carbon foot prints and what can be done to reduce this. Canada has already taken measures to implement a Carbon Tax in their country which did raise a lot of questions and faced heavy criticism, but what needs to be done needs to be done.

The Earth’s safety is every country’s responsibility which is why a Carbon Tax should be implemented globally. There is a strong reason to believe that most of the people who do not believe in climate change and the harmful effects of fossil fuels have a stake in the profits being made off the production of these fuel sources.

The main reasons of carbon emission are car exhausts and large power plants producing electricity from sources such as coal. The implementation of Carbon Tax is important because the world needs to start developing renewable energy resources to minimize the harmful effects of fossil fuels.

America Astrophysicist Neil DeGrasse Tyson said that if aliens existed and were observing humans, they would laugh at us for using fossil fuels when the biggest source of energy is right above us. 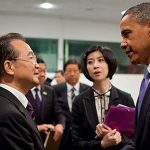