January 2017 was the third warmest start to a year since records began, according to the State of the Climate report from the National Oceanic and Atmospheric Administration (NOAA) in the U.S.

The NOAA also reports that the global land surface temperature was also third highest for the month of January at 1.54°C above the 20th century average of 2.8°C.

The biggest positive land temperature departures from average were found across the eastern half of the contiguous U.S., eastern Asia, and much of Canada, which experienced spikes of 3.0°C or greater.

The January 2017 mean temperature for Hong Kong, China was 18.5°C, or 2.2°C above average—the warmest start to a year on record for the world’s biggest CO2 emitter. South America also sweltered with its second warmest January since continental records began in 1910, behind 2016.

Averaged as a whole, the Australian mean temperature for the month was 0.77°C above the 1961–1990 average, and the 17th highest for the month in the 108-year record. New South Wales had its third warmest January, while Queensland had its sixth warmest on record, adds the NOAA.

Meanwhile, cooler than average conditions were reported throughout New Zealand, the western half of the U.S. mainland, central and western Australia, northern and southern parts of Africa, western and southern Asia, and much of Europe.

The most notable below-average temperature departures from average were observed across the northwestern contiguous U.S. and central Europe (-3.0 °C [-5.4°F] or colder). According to NCEI’s Regional analysis, three of the six continents had at least a top six warm January, with South America having its second warmest January since continental records began in 1910, behind 2016. Meanwhile, Europe had its coldest January since 2010.

For the oceans, the globally-averaged temperature departure of +0.65°C (+1.17°F) from the 20th century average was the second highest on record for January, behind 2016.

The average Arctic sea ice extent for January was 1.26 million square kilometres (8.6 percent) below the 1981–2010 average. This was the smallest January extent since records began in 1979 and 259,000 square kilometres smaller than the previous record set in 2016, according to an analysis by the National Snow and Ice Data Centre, based on data from NOAA and NASA.

Typically for this time of the year, rain anomalies varied significantly. It was especially wet across much of the western half of Australia, Alaska, the western half of mainland U.S. and the Midwest, across southeastern Europe, and scattered across northern and southern South America, and Asia.

It was notably dry across the eastern half of the U.S., northeastern Brazil, parts of southern South America, much of Europe, eastern Asia, and eastern Australia. 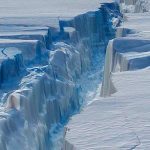 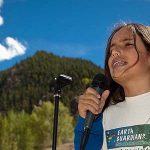