Australia’s 2017 winter was hot and dry with the average maximum temperature up nearly two degrees Celsius above the long-term trend.

The average maximum daily figure across all of the country for June, July and August was 23.7°C, which smashed the previous record of 23.4 set in 2009, reported the Bureau of Meteorology.

It was the hottest winter on record for Western Australia, Queensland and the Northern Territory, while New South Wales and South Australia made the top three.

Australia’s mean temperature for the start of winter was 0.47°C above the 1961–1990 average and ranked among the top-30 warmest Junes in the nation’s 108-year record, according to the National Oceanic and Atmospheric Administration’s (NOAA) global report.

At sea, the northern Atlantic Ocean had the most notable cool temperature departure from average, with temperatures 0.5°C to 1.0°C below the 1981–2010 average. No land or ocean areas had record cold June temperatures.

Australia closed out its winter with a mean temperature that was 1.04°C above the 1961–1990 average and the ninth highest August temperature recorded.

Andrew Watkins, manager of extended and long-range forecasts at the Bureau of Meteorology, said the real reason for the warmth was the persistent high pressure seen particularly during early winter.

“But you also have to add to that the long-term warming trend,” he said.

“The higher than average pressure has kept the skies clear and rain away — meaning more heating of the inland from the sun and less evaporative cooling from ample water on the ground.”

This was the second smallest August Southern Hemisphere sea ice extent on record – ice growth nearly stopped for several days at the beginning and end of the month. 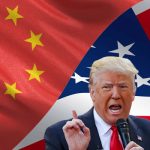 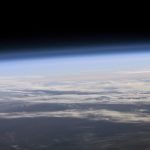