Australia’s sizzling summer continued well into autumn in 2017, according to the world’s leading science agency for climate and oceanic research.

By the end of March, the global climate report by the National Oceanic and Atmospheric Administration (NOAA) revealed Australia experienced “unusually warm conditions”.

Queensland, NSW, Victoria, Tasmania, and South Australia had a top three warm March, with Victoria recording its warmest March on record, surpassing the previous record set in 2016 by +0.41°C (0.74°F).

By the end of May, the trend had continued for Australia with a national temperature departure from average of +0.71°C, according to the NOAA. This was the 21st highest May temperature in the nation’s 108-year record.

Regionally, Queensland had its sixth highest May temperature on record, with the Northern Territory and Western Australia also experiencing top seven figures for the month.

Globally, numbers were also up at the start of the southern hemisphere autumn, with the average March temperature over land and sea recorded at 1.05°C above the 20th century average of 12.7°C.

Much of the world’s oceans surfaces also experienced warmer- to much-warmer-than-average conditions during March. Record warmth was limited to sparse areas across the central, eastern and western equatorial, and southern Pacific Ocean, southern Atlantic Ocean, and southwestern Indian Ocean.

The warm start to the year continued through April. The combined global average temperature over the land and ocean surfaces was 0.90°C above the 20th century average of 13.7°C — the second highest April temperature since global records began, trailing 2016 by 0.17°C and ahead of 2010 by 0.07°C.

The year-to-date global temperature was also the second warmest on record at 0.95°C above the 20th century average of 13.7°C, and just 0.19°C behind the all-time high recorded the previous year.

On land, most of the world experienced hotter than usual temperatures, with an overall spike of 1.3°C above the 20th Century average of 8.1°C.

May offered some respite, but was still characterised by warmer- to much-warmer-than-average conditions across most of the world’s land and ocean surfaces, reports the NOAA. However, near- to cooler-than-average conditions were present across the eastern half of the contiguous U.S., eastern Europe, western and north-central Russia, as well as parts of the northern and southern Atlantic Ocean, northern and southern Pacific Ocean, and the tropical Indian Ocean.

By May, the coverage was just 9.67 million square km, which was 1.14 million square km, or 10.55 percent, below the 1981-2010 average. This was the second smallest May Southern Hemisphere sea ice total on record, revealed the NOAA. 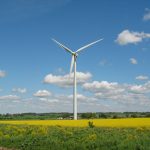 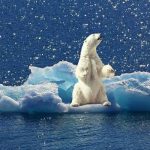