A study by Morgan Stanley shows that renewable energy would become cheaper than coal by 2020. Markets have now attained an inflection point – renewable resources are being used to generate power supply at lesser costs. Between 2016 and 2017, the price for solar energy fell by half.

With improvements in technology and economies of scale, the costs of transmitting renewable energy decrease – known as the “learning rate.” Jacobs Group recently illustrated how prices of wind and solar power are likely to fall within the next three years and following up to two decades. Wind prices were shown to be falling rapidly.

Prices of renewable energy drop due to improvements in materials and design for wind turbines. Just a small increase in the length of the wind turbine blade can maximize output. Utilizing sustainable energy can thwart air pollution, health problems and decelerate global warming in addition to being less costly than coal.

According to Swanson’s Law, for every 20% increase in global solar energy, there would be a corresponding reduction in the prices of solar. As industries keep expanding their renewable energy, prices fall. The costs of installing solar have fallen by about 70% since 2010. Prices fell 12% in 2015, which is recorded as the year with the highest solar installation globally. When solar panels and wind turbines are installed, sunshine and wind can be obtained free of cost; contrarily, it is expensive to extract coal since it is a finite resource.

Wind and solar energy are the least costly sources for generating energy as compared to nuclear gas and coal. The impact would be prevalent in Australia as well as international markets. The BNEF analysis shows that the notion of “baseload” would now come to be referred to as “base-cost renewable.” This means that wind and solar power would produce energy at the lowest cost and the base cost would be then replaced by the more expensive sources of energy.

The report also estimated that the price for renewable energy sources would be around 8% less than the price of coal. According to economists, this could be achieved with the help of carbon pricing strategy and reduction of greenhouse gas emissions.  The price of carbon can be increased because just an hour of coal-generated power supply yields one ton of CO2.

When countries are increasingly putting carbon-pricing into effect, Australia would be required to impose the same or face heavy duties on its carbon exports. Countries need to take precaution when more than half of the renewable energy resources are being utilized. To make renewable energy readily available in different locations, businesses would need to invest in power generation lines and energy storage. This would increase costs of energy transmission.

If Australia starts utilizing its wind and solar power, it has the potential to regain its reputation for utilizing cost-effective, sustainable energy, which would be equivalent to India and China that already have energy-intensive factories. Within two decades, solar and wind power would make up about 50% of the world’s power generation. 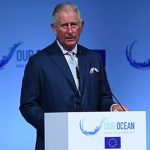