Tesla’s Nevada ‘Gigafactory’, to Be Powered 100% by Solar Energy

Elon Musk is one of the visionaries who has constantly been contributing to the world by connecting both climate change and advanced technology and bringing the world the Tesla Model S which last year was the second best selling plug-in car after Nissan Leaf.

With their new ‘Gigafactory’ on its way to finalization and opening, the company is going to make one of the biggest contributions to the world, considering climate change and renewable energy sources. It was announced that the factory will be powered completely by solar energy.

This is a global game changer as the facility is said to produce lithium-ion batteries which means the company will take from a natural source and produce portable energy sources. The location for the factory is perfect as the Nevada sun is known for its high heat.

Tesla’s commitment to the cause was seen earlier this month, when the facility produced batteries were shown to investors on tour. The investors on tour were handed a document which showed the huge rooftop solar array along with a ground solar panel field that will be used to power up the entire facility.

Most technological companies today that have ambitions such as settling a colony of people on Mars or bringing new form of energy to the earth are all about fighting climate change and helping build an earth that can sustain and stop further damage.

Leonardo DiCaprio who is an acclaimed actor, an established Hollywood star and the Messenger of peace for the United Nations has made a documentary titled “Before the Flood.” The documentary has a section covering the new Tesla factory and Elon Musk addressing how renewable energy is the way to a stable future.

Musk talks about the big dogs of the Fossil Fuel industry and warns how these people are extremely powerful and heavily influential. Most people who are speaking against the adverse effects of climate change are people that have a direct stake in this huge industry, or will be affected if the industry was to go down.

Musk also added that this fight is huge and it is better to make people aware so that more and more people can speak against this problem creating waves all over the globe.

The fight against climate change is difficult, but it is not impossible. Taking an example out of history, Clair Cameron Patterson is the biggest example of victory over big industrialists when he had lead banned from fossil fuels and lining of food cans. The scientist was responsible for determining the closest estimate for the age of the earth and kept fighting against the big money generators of the lead industry.

All is not lost as there are still people like Elon Musk and Leonardo DiCaprio constantly struggling to bring the world to the realization that a huge change is needed in the way we live if we need the world to survive. 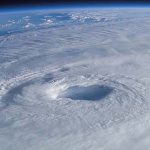 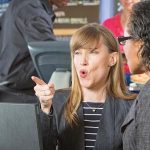