You might be thinking that April is almost over and yet Australia came out unscathed on the other end. Where are the cyclones? Usually, the Australian region experiences eleven cyclones every season from 1st November to 30th April. However, between 2016 and 2017, only five cyclones have hit Australia and even those were tropical. In fact, between 2015 and 2016, Australia had the least active cyclone record of three.

So, it was natural that we presumed there won’t be any more cyclones. However, on 28th March, a category four cyclone, Cyclone Debbie hurtled towards Whitsundays. The region experienced destructive winds, dangerous storm surge and gales in the morning. Over the next few days, an unprecedented level of rain fell across the whole east coast of Australia.

According to research, this is how the cyclones will continue. There will be fewer cyclones but they will be more destructive. In short: Australia is bound for a roller coaster ride in ferocious storms, heavier rain and stronger winds.

A cyclone requires specific ocean and atmosphere conditions to form. Due to climate change, it has become harder for cyclones to find these conditions. According to Professor Kevin Walsh, University of Melbourne’s expert associate, this climate change will only lead to tropical cyclones.

A key condition of these cyclones is the troposphere’s upper part cool conditions found above sea level and the surface’s temperature of sea above 26.5C. Due to climate change, this troposphere becomes more stable and heated. This prevents the water from rising too fast, which stops the formation of a cyclone.

This is the good news but the bad news is cyclones that will form, will pack more heat and destruction. According to Dr. Walsh, “The thermodynamic conditions in the atmosphere are likely to be slightly more favorable for more intense storms”.

Let’s focus on how cyclones form. Cyclones have a spiral pattern that usually forms over tropical waters. They are identified by 90km/h of gusts and 63km/h of winds near its centre. The wind’s gale force can extend to hundreds of kilometers.

The storm’s eye, which is normally 40km wide, is accompanied with clear skies and light winds. The ring of cloud brings the heaviest rainfall and strongest winds. Tropical cyclones usually take an unpredictable path and can last for days. When they hit cooler waters or land, they disperse.

Dr. Walsh describes the formation of tropical cyclones as a natural disaster that extracts energy. It forms in low-pressure system tropics and strengthens itself through the ocean’s upper part by extracting energy. When the oceanic and atmospheric conditions are in favor of the cyclone, it gets stronger. He described the process in a statement by saying, “The ocean acts like a steam engine boiler — creating warm, moist air”. This is only possible when warm air rises.

A cyclone’s formation is based on four conditions, which includes warm ocean, moist atmosphere, rotational energy and wind patterns that hold up the vortex. Since getting these conditions is rare; it’s the reason why every year, there are no more than ninety tropical cyclones worldwide. 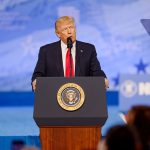 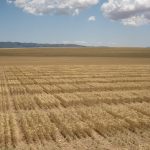