There are many different reasons why an organisation chooses to become Carbon Neutral. Jasper Coffee known to the coffee drinkers far and wide and a roaster in Collingwood, Melbourne, talks here about the steps, thoughts and processes before and after becoming Carbon Neutral with Carbon Reduction Institute’s NoCO2 Program in 2009.

It was no question to Director Wells Trenfield that unavoidable carbon emission had to be offset by a carbon credit project with Gold Standard auditing and with a maximum benefit to the origin of the carbon credits in a socially responsible way and which was affordable by the company.

Wells and his team decided on the Karnataka Project (Biomass project in India) as the beneficiary of their purchase of initial carbon credits. Jasper Coffee have recently chosen to move their purchase of carbon offsets to Peru Improved Cookstoves, an energy efficiency project implemented across nine Peruvian states.

CEO Wells Trenfield: “While the company strive to make a difference over the journey, we still believe we are far from our goal, which is to reduce our footprint further. It is pleasing to know that since we started in 2009, Jasper Coffee has reduced our carbon footprint by Dollar Spend of more than 60%. The journey is not yet finished”. 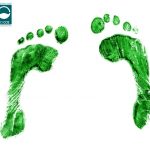 SACS Consulting has been carbon neutral for 10 Years 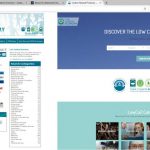