The failure of European countries in addressing the climate change issue has become more severe. Recently, the world witnessed the incident of a deadly forest fire in the central Portugal -Leiria region that not only left thousands of people injured but also killed more than 50 people. 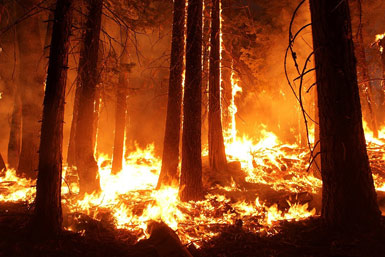 As a result, Portuguese schoolchildren of the affected area, which were also victimized in that deadly forest fire, are now seeking to crowdfund in order to sue almost 47 European countries.

The step is taken to allege the failure of the state in tackling the prevailing issue of climate change that is now threatening their right to live, even more frequently.

Portuguese schoolchildren crowdfunding – what to expect!

The bid was raised on the Crowd Justice platform and has already been supported by the GLAN – Global Legal Action Network. They are hoping for an initial £35,000 in order to facilitate the case through the European Court of Human Rights.

The lawyers of the case will seek a ruling from the judiciary that all the sued countries must strengthen their policies of emission reduction significantly, and commit that most of the fossil fuel reserves will be existing in the ground.

“This case intends to build on the successes which have been achieved through climate change litigation across the world so far. It will be unique because it will be the first case in which multiple governments are brought before a court at the one time in relation to their failure to properly tackle climate change.
Climate change poses a major and increasingly worsening threat to a number of human rights and governments in Europe are simply not doing enough to address it.” –Says Marc Willers – lead council – QC of Garden Court Chambers

While the lack of measures to tackle climate change issues have already been claimed as the main cause of this forest fire eruption, a 14-year-old child, also a part of group said;

“Climate change causes many problems, but if I had to name the ones that worry me the most, it would be the sea level rise, which leads to the destruction of shores and infrastructure such as dams, roads and houses, and also the increase in the number of forest fires that we’ve been observing lately – especially this summer, as the fires caused many deaths and left our country in mourning.”

Nations likely to be targeted by legal action

If legal action is taken against the case, it will target almost 47 European countries that are also the major emitters and include Ireland, UK, France, and Germany. All of them are responsible collectively for almost 15% of emissions on the global level along with holding a huge proportion of known reserves of fossil fuel.

While there is an urgent need of addressing these natural calamities, many countries all around the world need some serious adjustment to their prevalent policies of climate change.

No matter how the case is executed, the decision of the European Court of Human Rights is ultimately going to be binding for these states.