Prime Minister Malcolm Turnbull has underlined his commitment to the Snowy 2.0 Hydro scheme by striking a deal to buy the iconic power plant outright.

Energy minister Josh Frydenberg said the sale was “fair value” and promised to never sell the asset, which was valued at $7.8 billion in the deal, to a private buyer.

“The Commonwealth is absolutely committed to keeping it in public hands. There’s no talk about anything different to that,” Mr Frydenberg told ABC Radio.

100% of the Snowy Hydro proceeds will go to rural and regional NSW. This means a massive $4.2 billion boost for infrastructure! @Dom_Perrottet @JohnBarilaroMP #NSW pic.twitter.com/602dVmu8gO

Mr Turnbull insists the proposed expansion of the Snowy Hydro system will help make the electricity grid more reliable by increasing the amount of energy to be stored from intermittent generators like wind and solar farms.

Studies give the go-ahead

A new independent economic study recently rubber-stamped the government’s decision to press ahead with the ambitious scheme, despite the project’s budget blow-out.

The report, conducted by Marsden Jacob Associates (MJA), considered the state of the market “with or without” Snowy 2.0, which could cost up to $4.5 billion – a $2.5 billion increase on the original estimate.

Key findings of the MJA findings confirmed that Snowy 2.0 would:

The expansion proposal – dubbed Snowy Hydro 2.0 – involves boring 27km of tunnels linking the Talbingo dam, at an elevation of 552 metres, to the Tantangara reservoir, at 1,233 metres, so energy can be generated by pumping water uphill to the higher reservoir when energy is cheap (say, in the middle of the night) and releasing it back downhill when energy is in high demand and prices are higher.

One of the technical features of this project is the reversible turbines which can draw water back through the system so it can be reused, lessening the impact on downstream releases and on the supply during drought.

“Snowy Hydro 2.0 is a nation-building project,” a spokesman for the prime minister said before the release of a $29 million feasibility study at the end of 2017.

“It will not only deliver a more affordable and reliable energy system but will also generate jobs and grow our economy.

“The feasibility study clearly demonstrates that Snowy 2.0 is a viable pumped hydro project that will futureproof the National Electricity Market (NEM), helping stabilise the system and deliver lower prices.”

If construction gets underway shortly, the Snowy 2.0 scheme could begin operating from 2024.

Mr Frydenberg believes that building Snowy 2.0 is vital for the future of Australia’s energy supply.

In a recent opinion piece for the Australian Financial Review, he warned that without Snowy 2.0 the east coast would have “a weaker and more expensive system and we would have failed to future-proof the grid for the inevitable arrival of more intermittent renewables”.

“Instead of falling electricity prices we will see upward pressure on price as volatility continues, there is less competition and other more costly gas peakers and batteries are pursued to stabilise the system,” he wrote.

Mr Frydenberg said the lack of storage and dispatchable power was “playing out painfully today in Victoria and South Australia”.

He cited the use of “expensive, polluting diesel generators using up to 80,000 litres of fuel an hour [which] have been called in just to keep the lights on this summer”.

“Snowy 2.0 can be funded off our balance sheet, while delivering a healthy internal rate of return of 8 per cent,” he wrote recently in The Australian.

“While, historically, we have not often used our pumping capability, we’re progressively pumping more and will be at capacity when Snowy 2.0 comes on line.

“In fact, our analysis shows that future storage demand will surpass Snowy 2.0’s capacity from 2031, when we can again deliver by expanding the scheme, using the same reservoirs as Snowy 2.0, to benefit future generations.”

He also told ABC TV that the Snowy 2.0 board is committed to doing another $60 million worth of work in the next few months to refine the expansion costs.

“We expect [the cost] is at the lower end of the spectrum,” he said.

“It’s expensive, but it stacks up economically.” 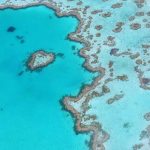 Could the next big volcanic eruption in Indonesia help save the planet? 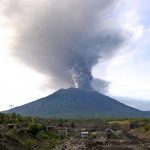