Those who say global warming is a myth should read this.

Those of us who believe in the incredibly overwhelming scientific evidence we have on hand should, instead of being depressed, use this information to motivate them to take action.

The year 2016 was the fourth hottest in Australia’s history. It saw record sea surface temperatures throughout the nation and there were frequent extreme climactic events, according to the country’s Bureau of Meteorology.

An increase in global mean temperature

The only years in the country’s history that are hotter than 2016 are 2005, 2013, and 2014. It is no mere coincidence that the only years in the world’s recorded history with extreme temperatures are in the 21st Century. All the evidence points out to a single, undeniable fact.

This year, in Australia alone, the average day and night temperatures were around 0.87 degrees above the 1961-90 mean temperatures. Sydney and Darwin had record mean, maximum, and minimum temperatures.

On the surface, this may seem like a slight increase in the temperatures in a world of constantly fluctuating climactic conditions. Nothing, however, could be further from the truth. The increase of just a degree in global temperatures can have devastating implications for the climate.

Consider the increase in the sea surface temperatures, for instance. Warmer seas, combined with an increase in the average global temperatures, cause the glaciers and the polar ice caps to melt. This is not only devastating for the natural habitat in the Polar Regions but also contributes to the rising sea levels.

The global increase in the land and sea temperatures is also contributing to a rise in the extreme weather events like record heat in the summers or record rainfall in the monsoons. This is exactly what happened in Australia last year. The massive east coast low that engulfed the eastern seaboard caused record rains in the country in June.

Another huge concern for the Australian authorities is the prospect of increasing natural fire events due to the rise in the temperatures. The hotter the summers are, the more chances there are of wildfires. There has been a strong growth in vegetation since the spring and that exacerbates the chances of grass fires as well.

While many of the so-called sceptics continue to question or outright deny the phenomenon of global warming, the global temperatures are setting newer records. The year 2016 was the fourth hottest year in Australia but it is expected to be declared the hottest year in history internationally.

This will be the third year in the row of record global temperatures. This tells you all you need to know to believe global warming is true. 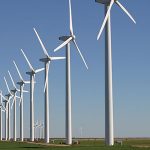 Australia Market Review for 2016 – Renewables up, Emissions Down 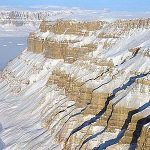