A new study by NASA and funded by Department of Energy found that over the past ten years, there has be an increase in methane levels globally. The study observed the changes since 2007 and concluded that this increase in methane level is not just due to emissions but may be caused by how long the methane is trapped in the atmosphere, immediately after it is released.

After carbon dioxide, methane comes as the second greenhouse gas that is produced by humans. It is odorless, colorless and cannot be tracked easily. The gas has various sources from leaks in pipelines of natural gases to biological materials that are decomposed. In 2000, scientists concerned with atmosphere studied methane and found that the concentration of the gas all over that world, which had been increasing for decades, was caused by emission of methane from agriculture and fossil fuels. The scientists further discovered that the concentration of methane had leveled off as its sources balanced due to its natural destruction mechanism. Hence, over the next few years, methane level in the atmosphere remained stable but by 2007, it started rising unexpectedly and is still increasing.

The studies conducted over the decade have always focused on fossil fuels, tropical wetlands, Asian agricultural growth and high latitude wetlands. However, to find out the reason behind this continuing increase, a study was published online on 17th April, 2017 in “Proceedings of the National Academy of Sciences” journal. In the study, various researchers from California Institute of Technology in Pasadena, the Jet Propulsion Laboratory of NASA, also in Pasadena and Harvard University of Cambridge suggest that it might be possible methane emissions did not increase significantly in 2007.

Use of Long-Term Measurements

Researchers measured methane levels in the atmosphere over the years, which also included methyl chloroform and its isotopes with the help of 1, 1, 1 – trichloroethane (a compound that allows researchers to measure the time period of methane’s presence in the atmosphere) at different ground stations all over the world. The different ground stations allowed them to find the sources that destroy methane in the earth’s atmosphere.

The measurements also gave them explanation that the real culprit is not the emissions in the atmosphere but a hydroxy radical (OH) that helps in breaking down methane. The OH radical has a huge impact on methane emissions and the researchers concluded that if OH levels in the atmosphere decrease, methane level will rise all over the world even if the emissions remain constant.

Christian Frankenberg, the study’s co-corresponding author said that the OH in the atmosphere is highly reactive and it triggers various chemical reactions that end up forming water vapor and carbon dioxide.

Along with Frankenberg, his colleagues also noted that OH fluctuations explain the recent changes in methane. However, they haven’t been able to find out that why OH concentration increased or decreased in the past years.

Researchers believe that by studying year-to-year data about OH variations and its potential drivers, they will be able to better understand methane’s destruction mechanism and how it affects the tropics.

According to Frankenberg, the real challenge is the tropics because they cannot be observed by the satellite. Since, methane has a very short life there due to radiation and water vapor; researchers haven’t been able to carry out any studies.

The name of the study is “Ambiguity in the Causes for Decadal Trends in Atmospheric Methane and Hydroxyl”. Along with Frankenberg, the study’s collaborators include graduate students from Harvard Daniel Jacob and Alexander Turner and Caltech graduate Paul Wennberg. The study was co-funded by a carbon monitoring system of NASA. 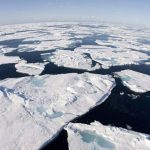 Will Elon Musk Save The World From Global Warming? 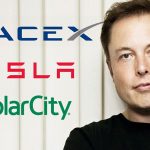