In the fight for a better planet, Oslo has come up with an ambitious plan that shall make the city carbon neutral by 2030. The city government has launched a climate budget that shows that the city will work towards getting its emission rates down by 2020, and by 2030, Oslo shall be a carbon neutral city.

In addition to making changes to the way transportation is handled in the city, there will also be changes made to homes and their heating systems. The city plans to eliminate heating houses using fossil fuels and replace these sources with renewable energy such as solar and hydro.

A very important decision by Oslo as most of the carbon emissions in the world come from densely populated cities. Most cities today are responsible for about 75% of human produced carbon dioxide because they are still largely dependent on the use of fossil fuels for everyday functions.

Oslo’s government knows that this issue is one that needs addressing now. Since cities are strategically located, planning councils and the government can work together to form new ways of changing the opinion of the public about the use of fossil fuels.

A major stop for doing this can be the implementation of a carbon tax, but there have been no announcements of taxing the Norwegian public yet. The government plans to convert the minds of their citizens, not through compulsion but through effectiveness. They tend to make the city carbon neutral which is why fining people for the use of carbon based fuels is not the way to go.

Recent global moves such as the Paris agreement have created great awareness to limit the amount of carbon being emitted into the atmosphere, but observing the last decade, we can say that cities and governments themselves have realized that individual efforts need to be made to reduce the global carbon emission.

Oslo has set a goal that all cities should try and achieve at some point in the future. Global initiatives, like the Global Compact of Mayors, have been bringing city governments together to discuss and find solutions to the problems of various cities around the world.

The problem here is that most of the cities that cannot do much about the carbon footprints as their citizens don’t have the means to make the changes required. Organizations such as the Global Compact of Mayors allows all cities to devise and implement solutions and even provides funds where needed.

A carbon free world may seem distant, but the first step has been taken and Oslo might just become the best city to live in if they achieve what they have set out to achieve for themselves. 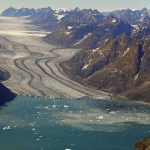 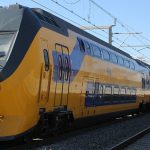